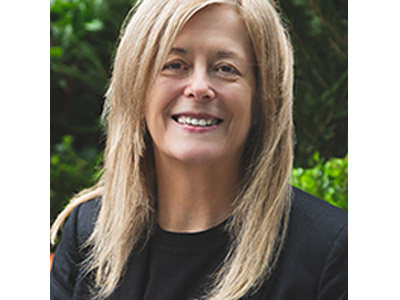 Professor Caroline McMillen commenced in the role as Chief Scientist for South Australia in October 2018 after serving as Vice-Chancellor of the University of Newcastle for 7 years.

She was appointed an Officer of the Order of Australia in 2020, awarded an Honorary Doctorate by the University of Adelaide in 2019 and was elected as a Fellow of the Australian Academy of Health and Medical Sciences and a Bragg Member of the Royal Institution, Australia in 2015. Professor McMillen was also honoured at the end of her term as Vice-Chancellor to be presented with the Key to the City of Newcastle by the Lord Mayor in recognition of her leadership contribution to Newcastle and the region.

She holds a BA (Honours) and Doctor of Philosophy from the University of Oxford, and completed her medical training graduating with an MB, B Chir from the University of Cambridge. Professor McMillen has an international research reputation for her work which focussed on the early origins of adult disease. Her research group was funded across 2 decades by both the Australian Research Council and the National Health and Medical Research Council and she was a member of the PMSEIC Working Group on Aboriginal and Torres Strait Islander maternal, fetal and post-natal health.

She serves on a range of Boards and Advisory Groups including as Chair of the Adelaide Biomedical City, member of the Royal Institution of Australia Council, the Australian Science Media Centre Advisory Board, the University Council of South Australia, and she is currently the Australian representative for the Minister of Foreign Affairs on the Council of the University of the South Pacific. She is a Director of Compass Housing Services Pty Ltd.

She has served as a Director on the Universities Australia Board, the Australian Business Higher Education Round Table, Board of the Universities Admissions Centre and as a Business Events Sydney Ambassador. She has also served on international and national disciplinary bodies, research policy and assessment panels and industry groups, including the National Automotive Industry Innovation Council, the Boards of the Cooperative Research Centres for Advanced Automotive Technology and for Rail Innovation, the South Australian Premier’s Climate Change Council, the NSW Innovation and Productivity Council as well as state industry and government leadership groups focused on innovation, defence, and manufacturing.

Professor McMillen is also an active champion for science and science education, for the next generation of scientists and particularly for girls and women in science and she was a Member of the Expert Advisory Group for Science in Australia Gender Equity (SAGE) which played a key role in the introduction of the Athena Swan Awards in Australia.
Throughout her career Professor McMillen has been committed to building collaborations between universities, government, industry and communities that drive innovation and have a positive impact on the economic, environmental, social and cultural health of Australia.