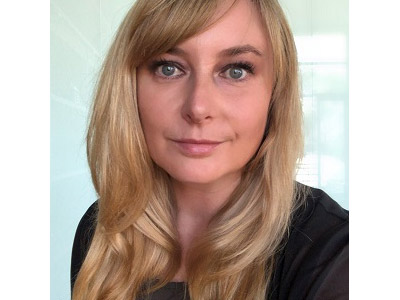 Professor Amanda Barnard is one of Australia's most highly awarded computational scientists. She currently leads research at the interface of computational modeling, high performance supercomputing, and applied machine learning and artificial intelligence (AI). She was awarded her BSc (Hons) in applied physics in 2000, and her PhD in theoretical condensed matter physics in 2003 from RMIT University. After graduating she accepted a Distinguished Postdoctoral Fellow in the Center for Nanoscale Materials at Argonne National Laboratory (USA), and the prestigious senior research position as Violette & Samuel Glasstone Fellow at the University of Oxford (UK) with an Extraordinary Research Fellowship at The Queen’s College. Prior to joining ANU she was an ARC QEII Fellow, Office of the Chief Executive Science Leader, and then Chief Research Scientist in Data61 at CSIRO, between 2009 and 2020.

With more than 20 years experience in high performance computing and computational modeling, Prof Barnard is an advocate and champion for computational research in Australia and sits on boards for various institutions, including the Advisory Board of the Our Health in Our Hands (OHIOH) Grand Challenge at ANU, and the external Advisory Board of ChoiceFlows Inc.Prof Barnard is a member of the Board of Directors for New Zealand eScience Infrastructure (NeSI), the Expert Panel for the CRP scheme of the National Research Foundation of Singapore, the Panel of Expert Advisors (Physical Sciences) for The Nature Index (NPG), the International Executive Board of Nano Futures (IOP), the Senior Advisory Board for the Journal of Physics: Materials (IOP) and the Editorial Advisory Board of Nanoscale (RSC). She was formerly a Senior Associate Editor for Science Advances (AAAS) from 2014-2017, and the Chair of the Australian National Computational Merit Allocation Scheme (NCMAS) from 2018-2019, having served as Deputy Chair from 2016-2017, and as a committee member since 2012. Prof Barnard is currently the Chair of the Australasian Leadership Computing Grants (ALCG) scheme at the National Computational Infrastructure (NCI), a member of the Programme Committee for Pawsey Supercomputing Centre PaCER Scheme, and a member of the ANU Academic Board.

She has been recognised for leadership, including as a 2017 Woman of Achievement from the Black & White Foundation, as a Finalist for the 2015 Daily Life Women of the Year, and was named as one of the Top 10 Business Women in Australia by the Huffington Post in 2015. Her research has been awarded in five scientific disciplines, including the 2009 Young Scientist Prize in Computational Physics from the International Union of Pure and Applied Physics, the 2009 Mercedes Benz Environmental Research Award, the 2009 Malcolm McIntosh Award from the Prime Minister of Australia for the Physical Scientist of the Year, the 2010 Frederick White Prize from the Australian Academy of Sciences, the 2010 Distinguished Lecturer Award from the IEEE South Australia, the 2010 Eureka Prize for Scientific Research, the 2014 ACS Nano Lectureship (Asia/Pacific) from the American Chemical Society, the 2014 Feynman Prize in Nanotechnology (Theory) from the Foresight Institute, and the 2019 AMMA Medal from the Association of Molecular Modellers of Australasia.